IV. Knife sharpening – On the Use of knife Steel

Steel is an essential part of knife maintenance, but it may be the least understood of all the tools.  Here’s a quick explanation as to how they should be used.

Not all steel is hard, and there are some knives that are made from the more malleable types of steel.  Kitchen knives are an example of this, since they are not expected to do a lot of heavy cutting, but instead just some slicing and dicing of vegetables.  Now there are times when the edge of the kitchen knife bends, so the edge does not point where the knife is facing.  This means that the edge is still sharp, but it is not cutting as well as it should.  Most would then decide to sharpen the blade, but that would just shorten the lifespan of your knife.

The steel is what is used when the edge is misaligned.  The steel is used to make the edge go back directly downward without shaving off any amount of the knife.  Because of its function, the steel need not have any bumps.  It would even be better smooth because all it is doing is bending the blade towards the right direction.

You would notice that there are two types of steel in the market.  There are those with grooves in them, while there are steels that are smooth.  The grooves help in getting the edge aligned at a faster rate, but they can also be very aggressive on the knife’s blade.  Personally, I go for the smooth ones.  It may take a bit more time, but it gets the job done and I feel as if it helps the blade stay strong longer.

The use of steel is very simple.  Just run the knife along the steel and then flip the blade over and repeat.  Again, there are two ways to do it, but in reality both yield good results.  Some would say that you should do this blade first, just like how you do it when sharpening on a stone.  Others would say that the spine should lead, since letting the blade go first just might bend the edge of the blade a little further.  Either way works, but on a personal note I’ve started going spine first, just like when stropping.  I feel as though it makes the blade just a bit sharper.  The only downside is that it feels rather awkward as it is opposite what one does when sharpening a knife.

Using steel in between every use of the knife would increase the life span of your knife.  It is definitely a good thing to do for kitchen knives, but it also helps when you use it on your harder knives as well. 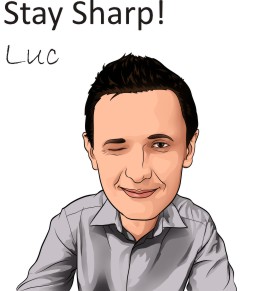